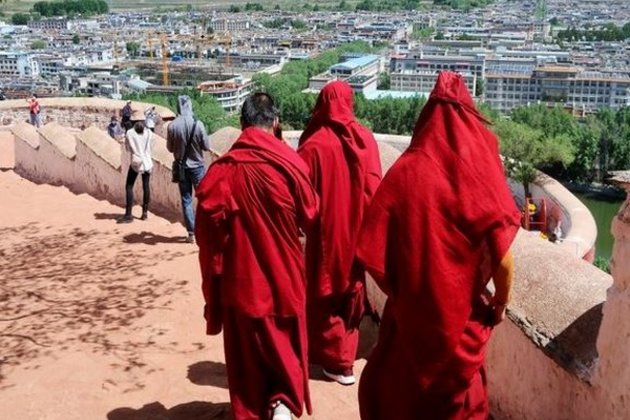 Beijing [China], May 10 (ANI): In yet another instance of China's dominion over Tibet, the Chinese authorities have attempted to conceal the news of the demise of a popular Tibetan lama, Choktrul Dawa Rinpoche.

Chinese officials attempted to keep secret the death of 86-year-old Rinpoche, reported The Hong Kong Post. Posts pertaining to the Tibetan lama's death were also eliminated from online platforms while stringent warnings were issued against sharing the news of the Rinpoche's demise.

After the conclusion of Rinpoche's thukdam, in which an accomplished meditator'sconsciousness is believed to remain in the body for some time after his death, the Chinese security officers imposed strict rules, guarding the Lhasa residence where Rinpoche breathed his last. Devotees were barred from paying their final homage to the deceased Tibetan monk, nor were they allowed to receive blessings, reported The Hong Kong Post.

After numerous requests from the Rinpoche's students, his dead body was transferred to the Ganden Dargyeling Monastery in Nagchu from Lhasa where only a few Tibetans were allowed to pay homage, causing a slight scuffle between the Chinese police and the Tibetans.

Further, Rinpoche's cremation was held in the presence of barely a few monks from his monastery who were thoroughly searched, reported The Hong Kong Post.

Such action by the Chinese authorities reveals the sad reality of the lack of religious rights in Tibet. However, Tibetans have also formerly witnessed such acts of injustice and false convictions.

The Chinese government's act of arresting the six-year-old, Tibet's Panchen Lama and keeping information about him as a well-guarded state secret for the past 27 years has exposed the failure of their policies and seven-decade long colonial rule over Tibet.

The Chinese officials even went to the extent of appointing Gyaltsen Norbu as the successor of the Panchen Lama, forcing Tibetans to attend his teachings, solely based on the Communist Party's schemes, reported The Hong Kong Post. (ANI)