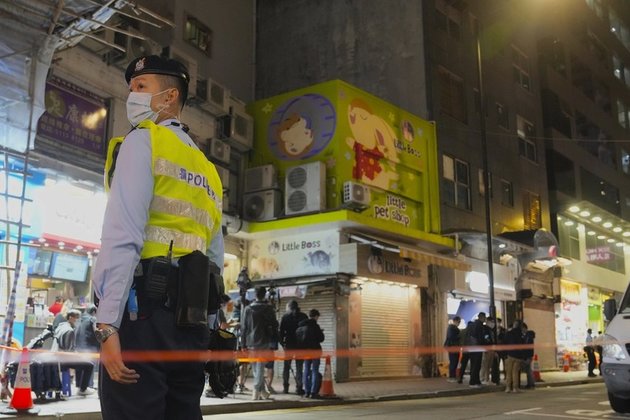 Hong Kong ordered the cull of 2,000 rodents after positive tests

Hong Kong has warned pet owners not to kiss their animals after 11 hamsters returned positive Covid-19 tests. An outbreak in the Chinese-ruled territory has been traced to a pet shop.

On Tuesday, the Chinese-ruled island of Hong Kong ordered the culling of 2,000 hamsters after a widespread testing of the rodents revealed 11 positive tests.

Health Secretary Sophia Chan told a news conference that authorities were acting out of caution, as there is no evidence that domestic animals can infect humans. The measures echo the zero-tolerance approach adopted on the mainland.

Leung confirmed that some 2,000 hamsters would be "humanely" put down at 34 pet shops and storage facilities around the city. Anyone who purchased a hamster after December 22 would need to hand it over to the authorities. These animals should not be left on the streets, he added.

The move comes after a recent cluster of Covid-19 cases was traced back to a pet shop in the city's bustling Causeway Bay district. The brand, Little Boss, said it would close other branches too while they are disinfected.

Men could be seen entering one of the stores wearing protective gear. Police and agriculture bureau cars were parked outside.

Other animals, including rabbits, have been tested, but only hamsters have given positive results.

In the past two years, a number of animals including cats and dogs have tested positive for Covid-19.

Outbreaks in mink populations have led to widespread culls. Hamsters are understood to be particularly susceptible and can carry heavy amounts of the virus.

Hong Kong has recently seen a small spike in cases after months without any local transmission.